My mom made this costume for Andrew. After the initial fear of putting it on because it was "too scary", he very much enjoyed wearing his costume. 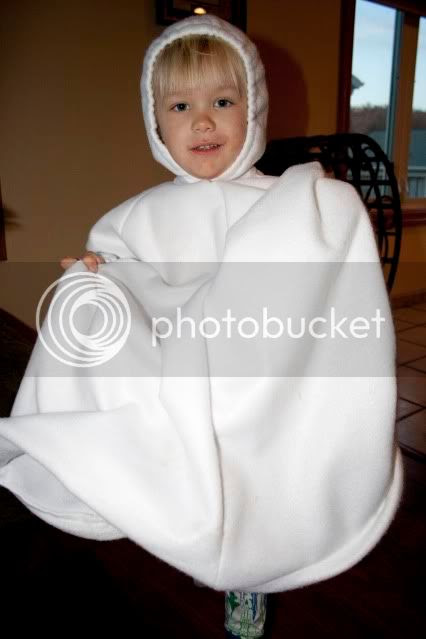 I told him to "show me scary", and this is what I got. 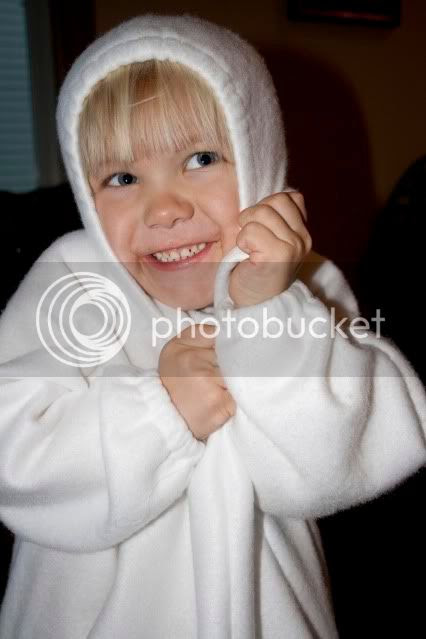 Guess he is more Casper the Friendly Ghost than anything scary. 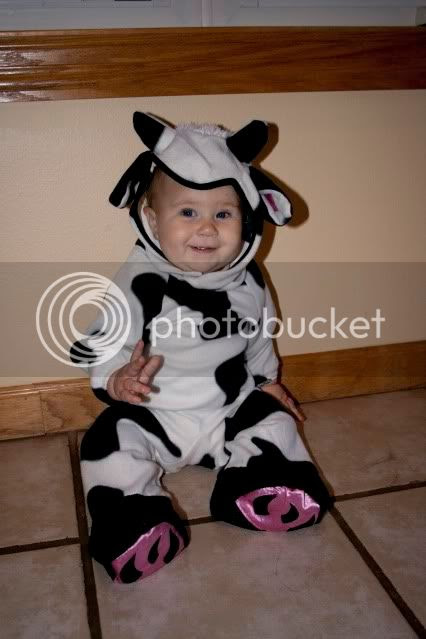 She loves my mom's dog. If she could wag that tail in excitement, she would. ;) 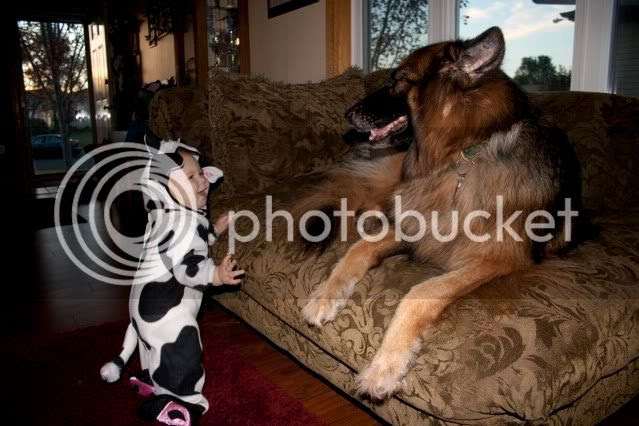 We had a nice Halloween. We handed out candy at our house for about an hour before heading over to my mom's house. We took the kids around her neighborhood and after the first house, Andrew got the hang of what was going on and ran to the next house to ring the doorbell. He would always say, "thank you", and when they would say, "you're welcome", he'd yell, "you're welcome, too!" over his shoulder as he ran to the next house. It was very cute and he was just adorable in his costume. Elise just enjoyed walking with us and it's funny because she's at that age where she really doesn't understand, so it's cute because she probably just thinks that was just another outfit I put on her and it's just a random day where we go outside. I love the innocent obliviousness of babyhood.
Posted by Sarah at 7:30 AM

Oh wow, Andrew looks so much like you in that second picture. And I love your calf! How cute!

They are ADORABLE! And I love the "show me scary" face. LOL Hilariously cute.