It's time for your annual declination form.

I'm a naturalist. Everyone who knows me knows this. At my work, it's the annual push for all staff to get flu shots (they provide them free of charge and they are aiming for 95% this year, up from 80% in the past).

I decline it every year; it's my right as a citizen and as a human being. I have many reasons, but I'll just go through a few of them:

The flu shot not only contains the dead flu virus (not what I'm concerned about), but also:

(Click on this link to see any vaccine insert if you would like to see the ingredients: Vaccine Ingredients).

The flu shot is not as effective as presented. In a review of more than 51 studies involving more than 294,000 children, it was found that there was "no evidence that injecting children 6-24 months of age with a flu shot was any more effective than placebo. In children over 2 years of age, it was only effective 33% of the time in preventing the flu". (Source: "Vaccines for preventing influenza in healthy children" -- The Cochrane Database of Systematic Reviews: 2 (2008).

As for adults, In a review of 48 reports including more than 66,000 adults, "Vaccination of healthy adults only reduced risk of influenza by 6% and reduced the number of missed work days by less than one day (0.16) days. It did not change the number of people needing to go to hospital or take time off work." Reference: "Vaccines for preventing influenza in healthy adults." The Cochrane Database of Systematic Reviews. 1 (2006).

In the elderly (where the push comes in at my work), a study done between 1970-1980 demonstrated that those who had 5 or more consecutive flu shots had an 11-fold increased risk of developing Alzheimer's compared to those who had 2 or less vaccines. In 1980, only 15 percent of elderly people in the US received flu vaccination. Today, the rate has increased to 65 percent. Yet two studies published in early 2009 - in "The Lancet" and "American Journal of Respiratory and Critical Care" both noted that there has been no decrease in deaths from influenza or pneumonia during the period.

The decline of disease for all diseases was already on the downslope before vaccines were introduced. This is due to public sanitation and nutrition. It is hard to believe that there was a time where we didn't know about proper handwashing, but it happened (doctors used to go from cadaver to patient, even pregnant women, without washing their hands -- gross, I know!).

The chance of dying from influenza is lower than dying from leprosy. The oft-quoted "36,000 people die every year from influenza" includes the combined "flu deaths" as well as "pneumonia deaths".

Vaccines are linked to autoimmune diseases such as asthma, allergies, eczema, and Crohn's Disesase.

I have a hard time trusting the CDC, which recommends vaccinating newborn babies with Hepatitis B, which is primarily transmitted sexually and via intravenous drug abuse. Why would I give any merit to any advice they may have? I am one who cannot trust anything if one major thing is blaring at me. The mere fact that we have gone from 10 vaccines on the routine childhood immunization schedule in 1983 to 38 on today's recommended vaccines is enough to cause alarm. There is so much money to be made in this industry and doctors are pushed to recommend whatever vaccine is next to roll off the production lines and I am not one to say, "how high?" when they tell me to jump.

This all is, of course, my opinion, and I will not push any of my readers to go in one direction or another. It is your right as a citizen and a human being to make your own choices. The Director of Nursing here at my work talked about mandating shots in the future, and it comes to that, they can fire me. It's pretty silly because they'd be losing a good employee over a flu shot, but they do not have the right to tell me that I must be injected.

What can you do to promote good health? Eat right, exercise, don't smoke, drink moderately, and get your Vitamin D. I cannot stress the importance of this enough. For too many years, we have been indoors and sunblocked to the point where we are deficient. The current levels of recommendation are not enough. Vitamin D functions like a hormone in the body, so it's definitely not a "piddly vitamin" -- it is absolutely essential for good immune health. I take 5,000 IU daily year-round, unless I get out in the sun for 10 minutes or so in the summer. From November - March, anyone living above 37 degrees latitude cannot get Vitamin D through the skin (yes, even in the winter when you are outdoors snowboarding and you get sunburnt -- it's not the same process). On the map below, if you live above that red line, you are not getting Vitamin D transdermally from November - March. Take your supplements. 5,000 IU a day will help prevent illnesses, yes, including cold and flu. Since I began taking it at that dose over a year ago, I have only had a minor cold. When I am sick, I up the dose to 10,000 IU and I also take Sumbucol (elderberry extract). Don't worry, Vitamin D toxicity is extremely rare and you would have to be taking an insane amount to become ill -- in fact, patients with weakened immune systems receive very high doses, higher than available for purchase over the counter, for many ailments. Vitamin D is also proven to help prevent SAD (Seasonal Affective Disorder), so that is just another benefit to keeping on top of your Vitamin D in the winter. Anyway, there is a ton of information/research out there on Vitamin D and it's only been newly discovered that it plays a huge role on health (and why would a doctor tell you that, when there are so many pharmaceuticals available to treat anything and everything?). 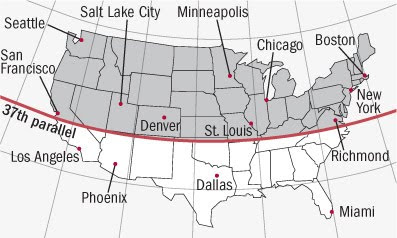 In conclusion, yes, I am "one of those" who refuses the flu vaccine. I have a working immune system and I let it do its job. I'd rather be one who questioned everything than one who went along with the flow, anyway. I stood up to my doctor last year, when I was pregnant with Elise. She gave me a "talking to" and made me feel bad about refusing the shots (you all remember last year with the H1N1 push), telling me that they would "take my baby away from me" if I came in to deliver with any flu symptoms. That's when I switched providers to a midwife -- no pressure at all from her, and she ended up being wonderful, so I'm kind-of glad it all happened that way.

Have a great day and a healthy flu season!

Labels: Do your own research, The annual flu shot push, Vitamin D importance

Wow. That's a lot of bad stuff. That's pretty awful. I've gotten flu shots for the past two years, but not for most of the prior decade - the flu shot has tended to get me sick afterwards. No wonder...