We did not go trick-or-treating, mainly because I was freaked out by the possible swine exposure--all the germs in people's candy buckets just freaked me out. I know there are parents who probably sent their kids out trick-or-treating even when they're sick, and then there's the whole thought of people being sick before they show symptoms. Also, we really don't let Andrew eat that kind of stuff. He did have a couple treats at my mom's house, but that was about it. We then went to my sister-in-law's house, and I snapped these pics. It's the same costume he wore last year, but since it was 12-24 months, it still fit him (it was a little big on him last year). 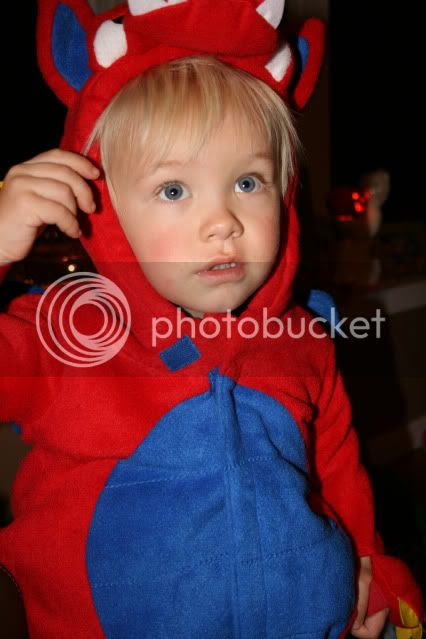 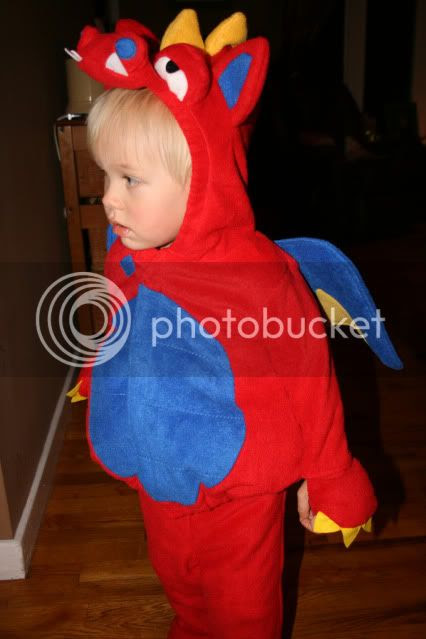 He was fascinated by his cousin's star nightlight. :) 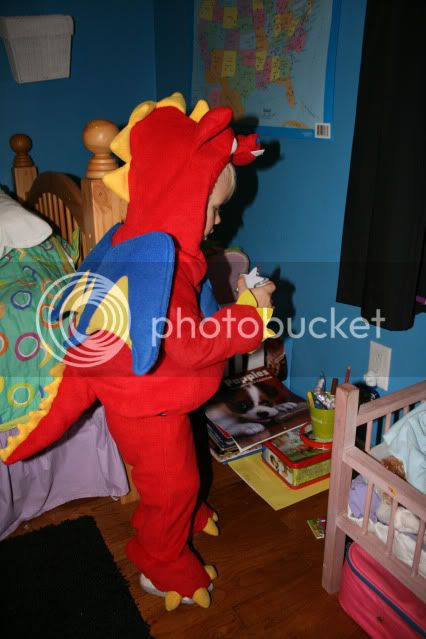 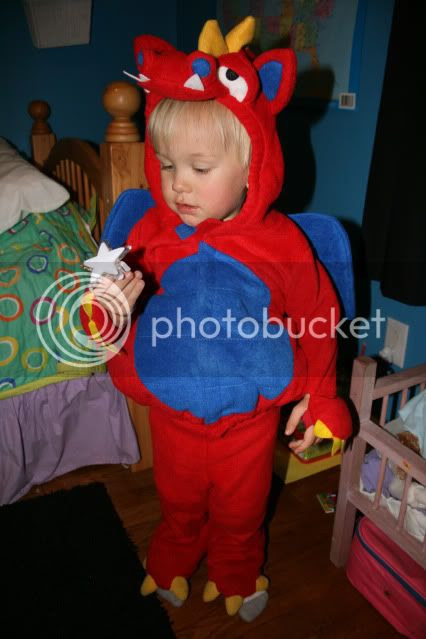 And here is my post from a year ago, with him wearing the same costume for Halloween, 2008. You can really see how much he has grown! Halloween, 2008
Posted by Sarah at 1:27 PM

Wow he has grown so much! He's a handsome fella! That costume is cute on him! :)
His blond hair and blue eyes are really going to attract the girlies oneday! haha! :)

way cute! sure does fill it out much more this year.

He has no idea what he is missing out on, so no biggy not taking him this year.

That is a really cute costume!