Back from the ultrasound

Everything went just fine. The ultrasound was pretty quick but they took some measurements. She's estimated to be 5 lbs, 1 oz and that's the 21st percentile, so she's just on the smaller side. I think they said she measured at 34w1d. The doctor will call me tomorrow with the official report. She got the hiccups while we were in the ultrasound and we got to see her practice breathing. She was kicking the wand, too. I got to see her sweet face as well! She tried to look between the legs, just to be sure, but she wasn't cooperating. The fluid level looked good.

Oh yeah, and one other thing. The u/s tech was asking if I had a name for her and I told her, and then I said that my son was named Andrew. She said that a friend of hers had two kids named Andrew and Elise. How weird is that?! I thought it was a sign that I definitely picked the right name. 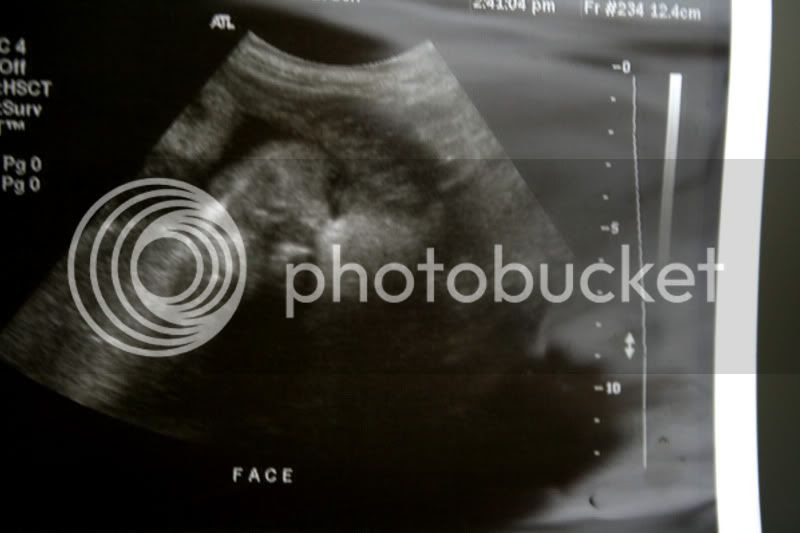 Good news, then, right? Did your mom make it to go with you? Since Andrew was small, maybe you just grow small babies! Nothing wrong with that, certainly.

perfect! keeping you in my prayers.

Hey, I really like your blog. I just wanted to let everyone know that we are having another blog design giveaway at Bloggy Blog Designz!! We are giving away a total of 11 discounts, giftcards, and freebies, so stop by and enter here!

Oh she is beautiful! I love U/S at this age, you can see cheeks instead of bone structure, so cute!

I'm so glad that everything went well at your visit. I can't believe you only have 28 days to go. How exciting!!