First off, the kids had their well checks last week. Andrew (3) is weighing in at 31 lbs, 3 oz. and 39" (3 ft, 3 in.) tall and Elise (6 mos.) is 18 lbs, 5 oz. and 25 3/4" long! Andrew's pediatrician said he is going to be really tall and he also referred us to an ENT for his snoring. We had some video of it and the way he is breathing when sleeping (very labored and deep chest breathing) is like he has an obstructed airway.

So, the same week, we got Andrew in to the ENT and he said he would be a good candidate for tonsil and adenoid removal surgery because it does sound like it's affecting his sleep and he viewed the video as well. I am nervous, as any parent would be with putting his/her child under general anesthesia. We are hoping this helps with his daytime sleepiness (he is really hard to wake up) and overall behavior (30% of kids who are termed "ADHD" actually have sleep apnea and the behavior is corrected with the surgery). I'm still not 100% -- I mean, this surgery is not necessary, and the recovery is not fun (10 days) and he doesn't snore ALL night long, so do we really need to do this? I observed him last night while he was sleeping, with the camcorder again, and counted 22-24 seconds of not breathing after he started coughing/choking, keeping in mind that he doesn't have a cold -- this is just something he does. Sleep apnea can affect oxygen levels, which in turn can cause problems down the road, so I do think we are doing the right thing.

He's so vulnerable. It makes me sad to think that he won't even know what's coming and he's going to wake up from the surgery feeling like shit. I can't really prepare him for his because he's too young to understand. It'll be same day surgery -- it takes about 45 minutes, and then he'll go to recovery before finishing up in Pediatrics. They said the biggest concern is dehydration so they want to make sure he gets enough fluids in.

Surgery is scheduled for Wednesday, September 15th. I will know more details this week because they are sending a packet from the clinic.

Do any of you have experience in this?

Just so this post isn't totally doomerish, here are some pics of the aforementioned children: 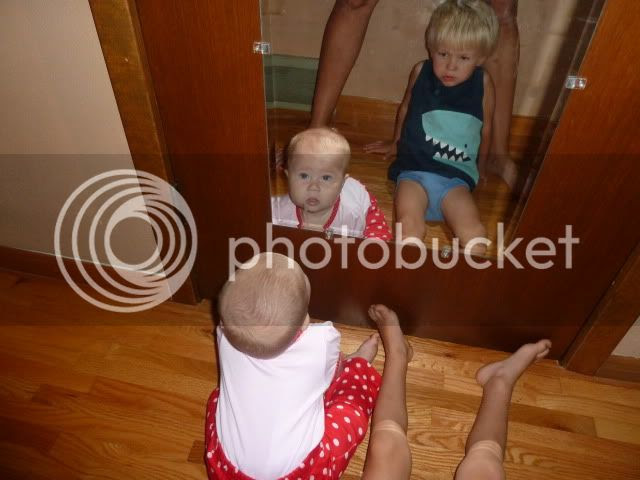 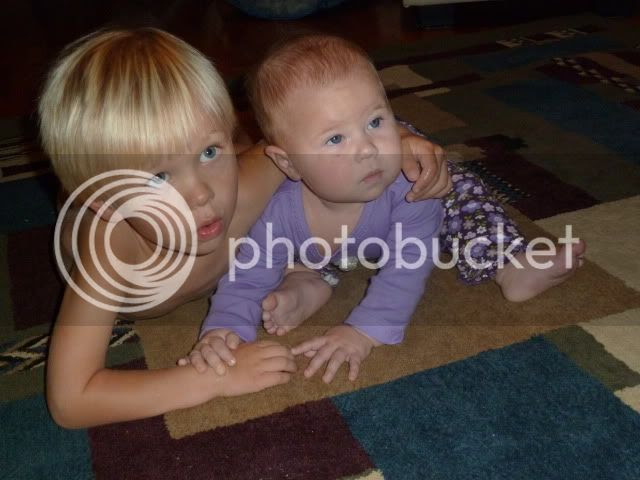 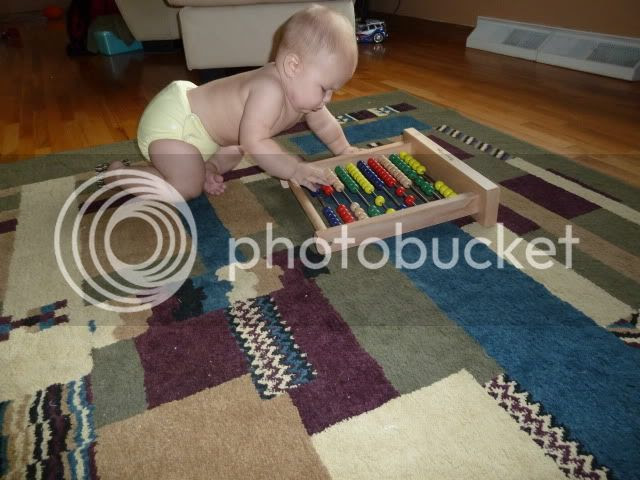 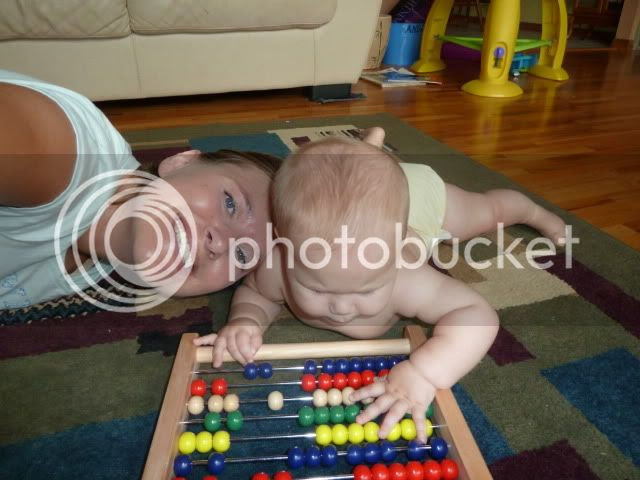 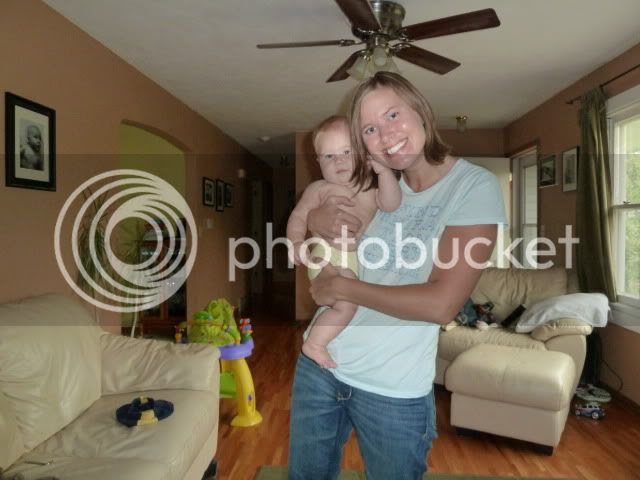 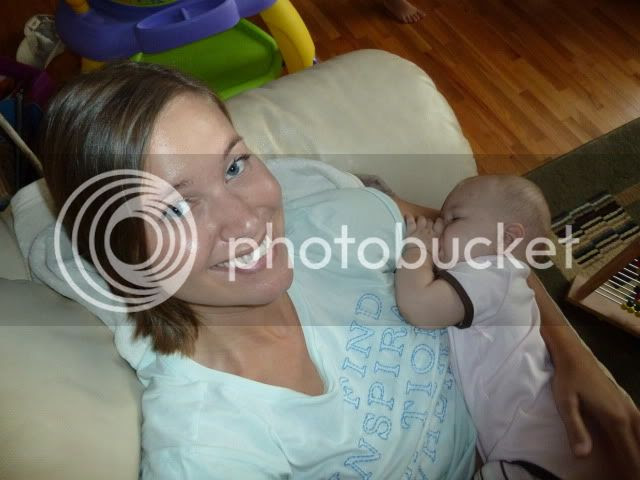 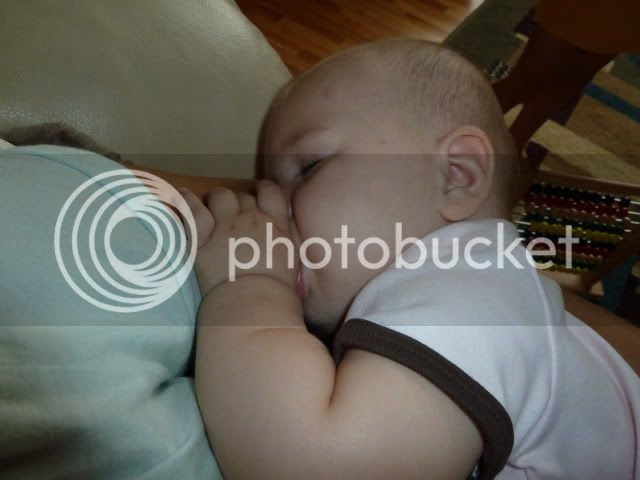 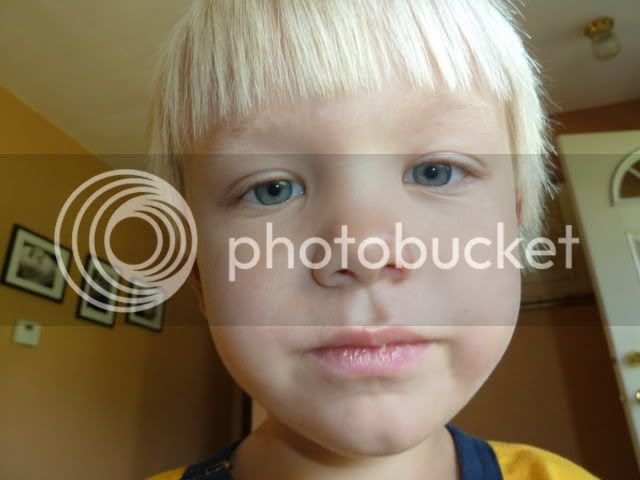 I don't have any experience with a tonsil and adenoid removal, but Ella has been under general anesthesia about 17 times. They recover so fast. The hardest part is trying to keep them doing "quiet" things instead of running all around. I'm sure he'll do just fine.

My mom told me that when my brother had his tonsils removed he recovered so quickly the nurses were just astounded. He was back to normal within a day or two. Granted this was probably 30-35 years ago. :)

I just stumbled across your blog from Knickernappies( I think) about cloth diapers being ruined by bleach... you mentioned you used cornstarch for diaper rash... does it work well... my son has diaper rash off and on from the teething bowel movements and i am about to start cloth... i don't want to ruin them shortly after starting...


thanks and i pray your son has a quick recovery

Nicholas has been under twice. Once when he was 5 months to get tubes put in his ears and the second time when he was 17 months old to close his cleft palate. There's nothing harder in this world to watch them take away your child. You feel so helpless and all you want to do is be there with them and take it all away. But in the end, I knew it was to help him. And he did really well both times. The first time it was outpatient surgery and the 2nd time we had to stay in the hospital for almost a week.

It sounds like you are doing the right thing in the long run. It'll be scary but worth it in the end. I'm sure Andrew will do great. Good luck Mommy!

Sarah, send me an email! Stephen had this surgery last summer. Actaully, if you go through my archives, you can read a bit about it. It was in June 2009, towards the end of the month.

I can't tell you enough how much BETTER his life has been since he had this surgery. I think you'll find that Andrew has many fewer behaviorial issues, and after a little while, will just be happier. Yes, those 10 days were rough, but like I said, shoot me an email, and I'll tell you more.

If I had to do it again, even though it wasn't "necessary," knowing what I know now, I'd do it in an instant.

My oldest had his tonsils and adenoids out when he was about 7...I won't lie the first few days after were rough, he had a horrible sore throat and didn't really understand even at that age.

BUT....by 10 days post op it was completely amazing to me, my little boy could sleep a whole night without waking up, snoring, etc. He had so much more energy during the day and he did better in school. He actually gained about 10lbs. Other than an ocassional cold or sinus infection he has hardly been sick at all since we did it and he is now 16! You are doing the right thing momma...it will be hard, but it will be worth it!

I have tons and tons of experience with this, as all 3 of my boys have had their adenoids out and 2 of them tonsils. My youngest son Nolan will have his tonsils out by the age of 15 months he was too young at 9 months to have them out when he had his adenoids out. All three of my children suffered from sleep apenea. It is a neccessary surgery. Apenea is VERY serous. the stopping of breathing is very bad for them. And it can affect them developmentally down the road.
My middle son had his done right at 2. The first 3 days were fine. After that, he had about 7 days of being miserable. After 3-5 days the scabs fall off and thats when it is painful for the kids. I too am from WI. Are you doing this at Childrens? If you are, I would ask to be kept overnight. They give the kids pain relief and monitor them all night. As someone who had their kid go home the same day and a kid that stayed over. The recovery time for the kid that stayed over night was much easier. As they can vomit the first night because of the meds and swallowing blood. If you have any questions, feel free to email me
jbreiwick_79@msn.com
On a side note. My youngest son, as I said, had his adenoids taken out at 9 months old. He did just fine with the annestic. He was adgitated when he woke, but after a couple of hours was eating and nursing. Good luck!
Jessica

God, they are so stinkin' cute! Love the one of them together with Andrew's arm around Elise's shoulder! :-)

I can only imagine how nerve wracking this is for you. Lex has large tonsils but since he hasn't showed much in signs of sleep apnea and only had strep once I've decided to hold off for the time being. If I were in your shoes I'd probably be more willing to do the surgery. I hope you guys feel comfortable with whatever you decide.