I'll start this off by saying that I wanted to start a blog after Andrew was born but I didn't have time in the early months. I guess I'll begin with a re-cap of the past 5 months, starting with the birth story!


Birth story of Andrew Robert (this is copied and pasted from when he was born, so it is written like it just happened):

Long: I woke up at 5:00 am on Friday morning with contractions and started timing them. They were 5 minutes apart for most of the day, sometimes 3-4 minutes apart. They started getting progressively more painful. We decided to go in to the hospital at 2:00 p.m. and I was 2 cm and 90 % effaced. They sent me back home and said I would be back in a couple of hours because it was clearly the real thing. So I went home and a couple hours later I was laying on the couch when I felt a gush. I thought it was my water breaking but when I went in the bathroom it was blood--a lot of blood. I was peeing it out there was so much! We went back in and thankfully everything was fine with the baby's heartbeat. I was 3 cm and 100% effaced and was admitted. I breathed through the contractions until 1:00 am on Saturday morning at which point they got so painful. I caved and got the epidural. This was after 20 hours of contractions. Instant relief! I didn't even know when I was having contractions after that. I went from a 5 to an 8 really fast. The only thing was the epi made me start shaking really uncontrollably bad and they checked my blood pressure and it was down to 88/30. They had to give me ephedrine to bring it back up! Also they checked the level of the epi and it was all the way up to my clavicles (not good). So they turned it down a few notches. In the end the contractions slowed and I was at a 9, so they gave me some pitocin to get them going and it wasn't long before it was time to push. The pushing was AWESOME. I didn't feel it and it was 1 1/2 hrs. and as the head started coming out it motivated me to push really hard. I had the mirror and would really recommend it. Oh, my doctor said it was one of the best first time labors he'd ever seen. I did a great job and had 2 superficial tears that did not need stitching.He was put right on my chest, skin-to-skin, and we were covered with a warm blanket. I had him breastfeeding in that first hour. I kept saying how little he was! He is nursing like a pro and loves to snuggle. Daddy is doing great with him too! I certainly didn't expect to go 6 days early!

I can not say enough about how aweosme the hospital staff were during our stay. I was actually kind-of sad to go home because I had a couple of favorite nurses! The lactation consultants were also outstanding.

Here are some pics of the best day of my life!!! 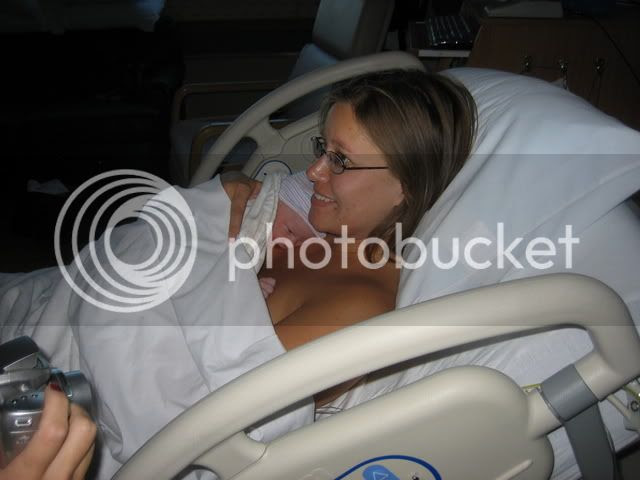 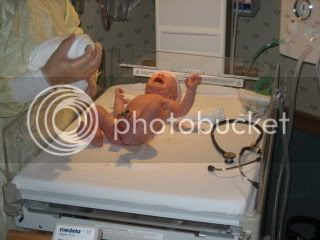 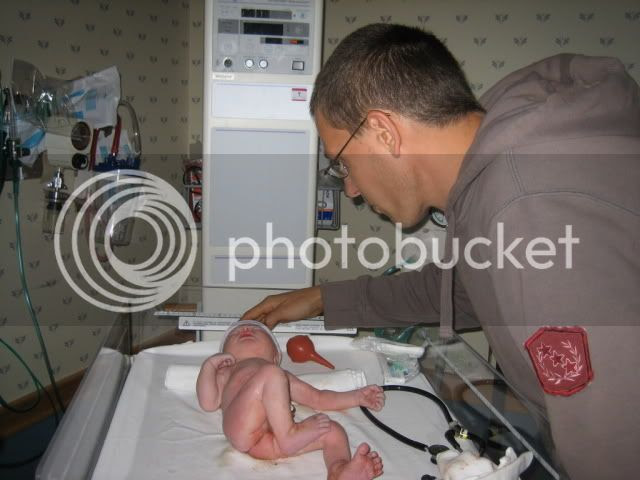 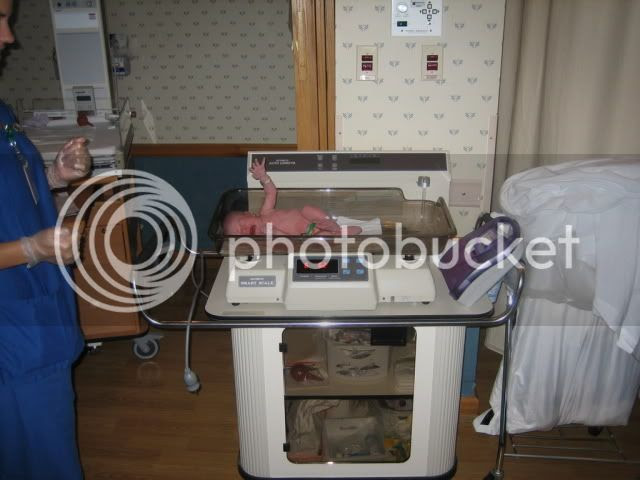 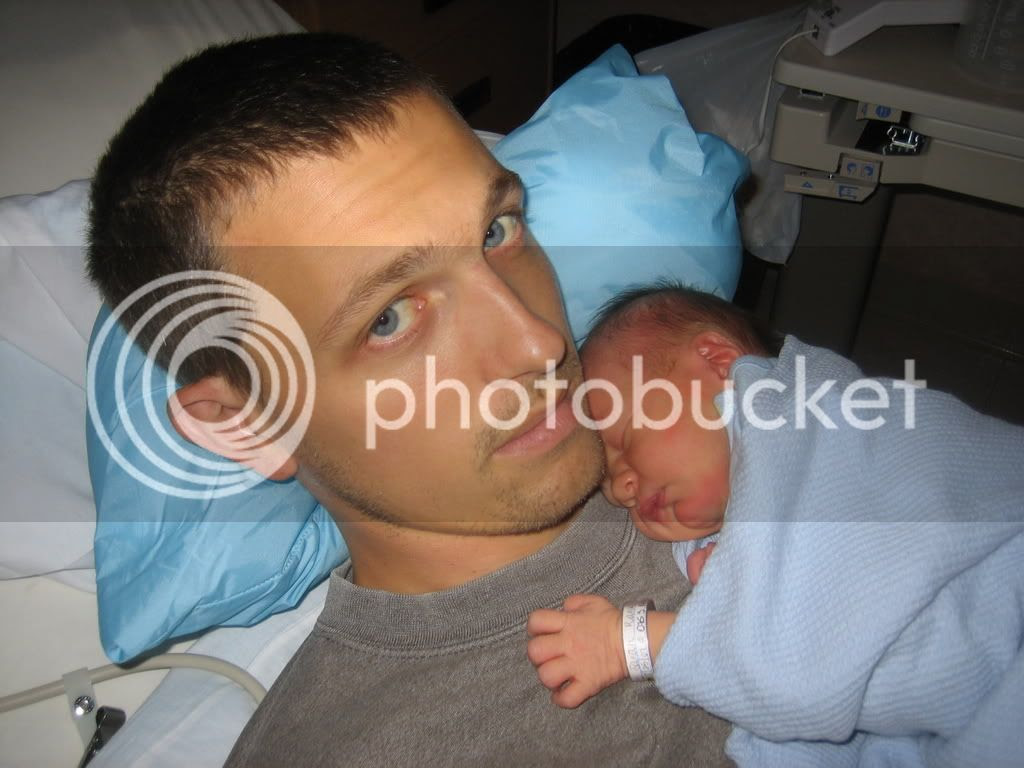 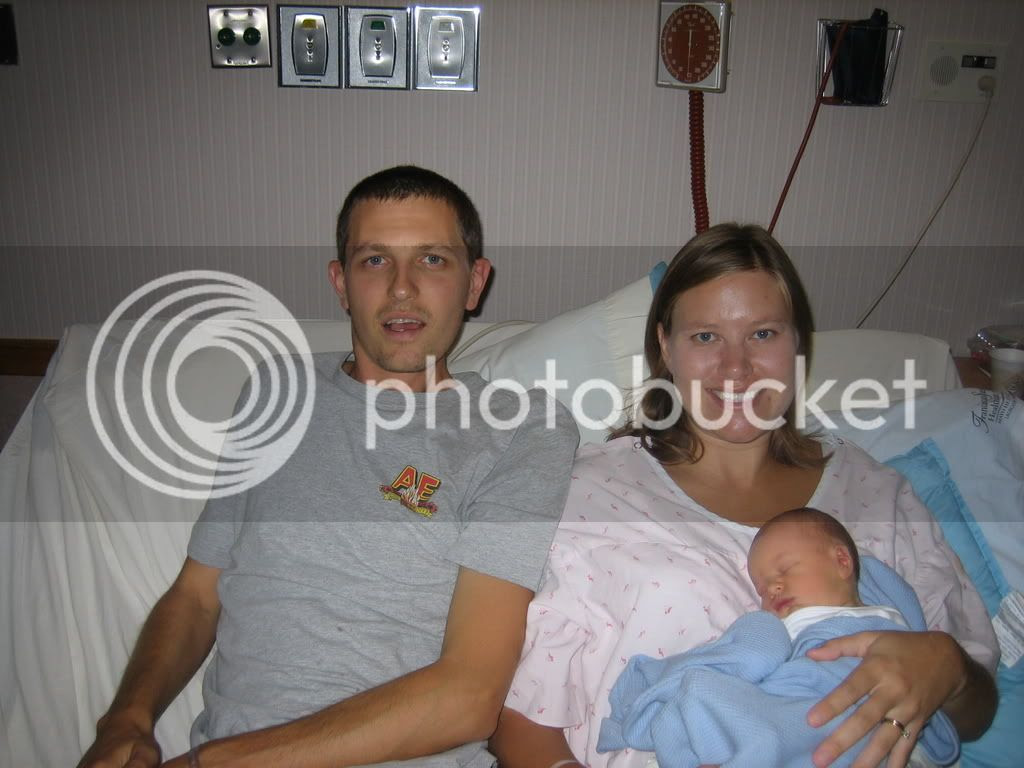 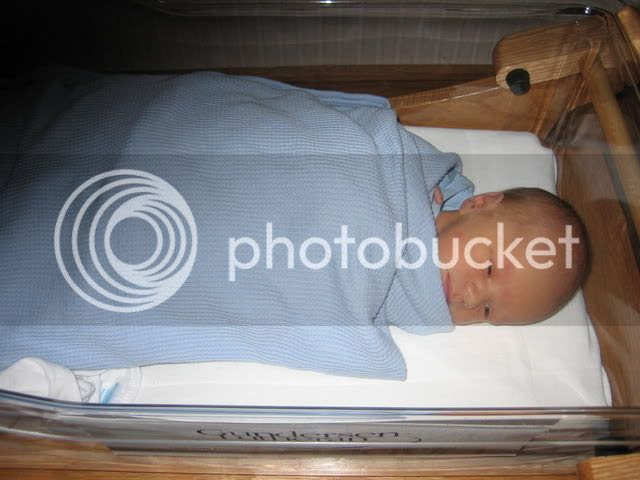 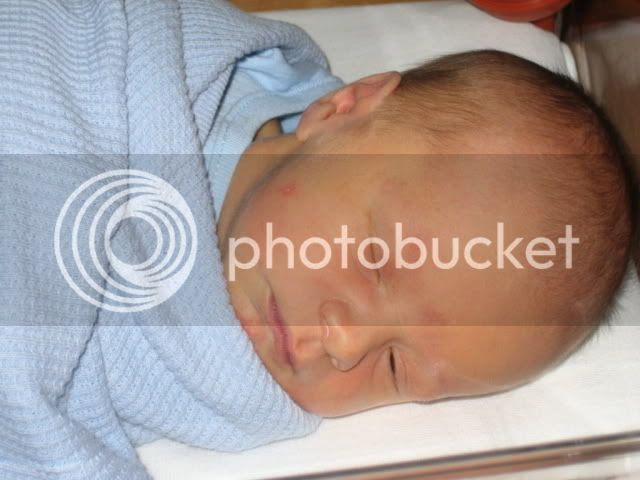